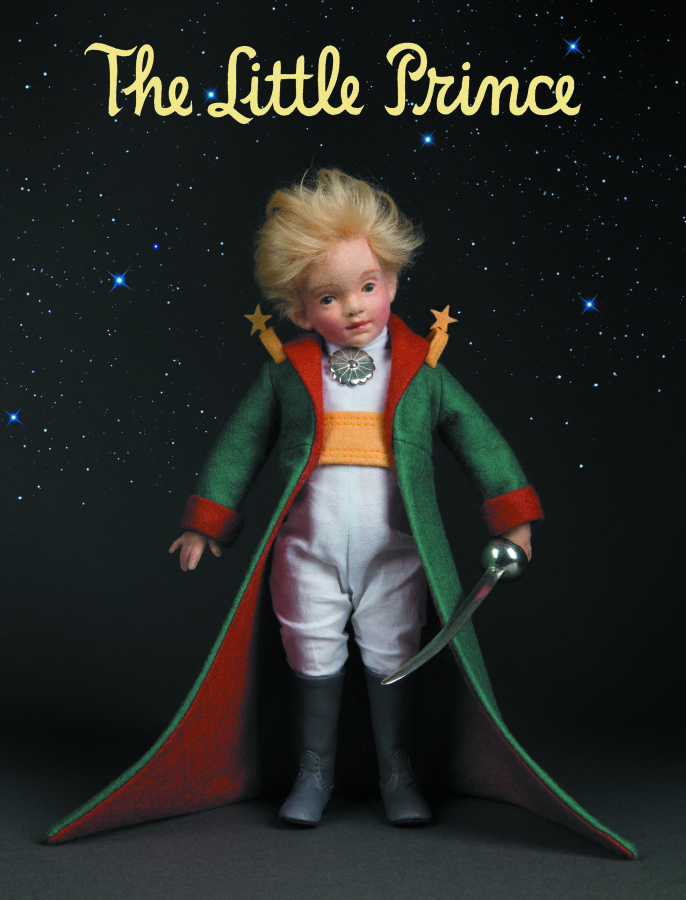 June 2015 – The Little Prince was originally produced by R. John Wright Dolls in 1983 as an exclusive limited edition collectible doll for The Toy Shoppe in the US. A second edition was introduced in the year 2000 to celebrate the one hundreth anniversary of the author’s birth.  In 2002, « The Little Prince Aviator » was introduced. Using the same model as the Centary Edition, St. Exupery’s little messenger was costumed per the original illustrations in the classic belted jumpsuit and flowing scarf. These dolls are all out of production and highly sought after.

The newest version of this beloved character – released in 2015 – is titled ‘Le Petit Prince’ and measures a diminutive 8 1/2 inches tall. Made of the finest all-wool felt, he is fully jointed with the RJW ball & socket system with internal wood mechanism. The molded felt torso and limbs are sculpturally defined and the tiny expressive hands have individually-sewn fingers. His molded felt face is delicately hand painted and the blonde wig is meticulously hand-knotted of the finest English mohair. 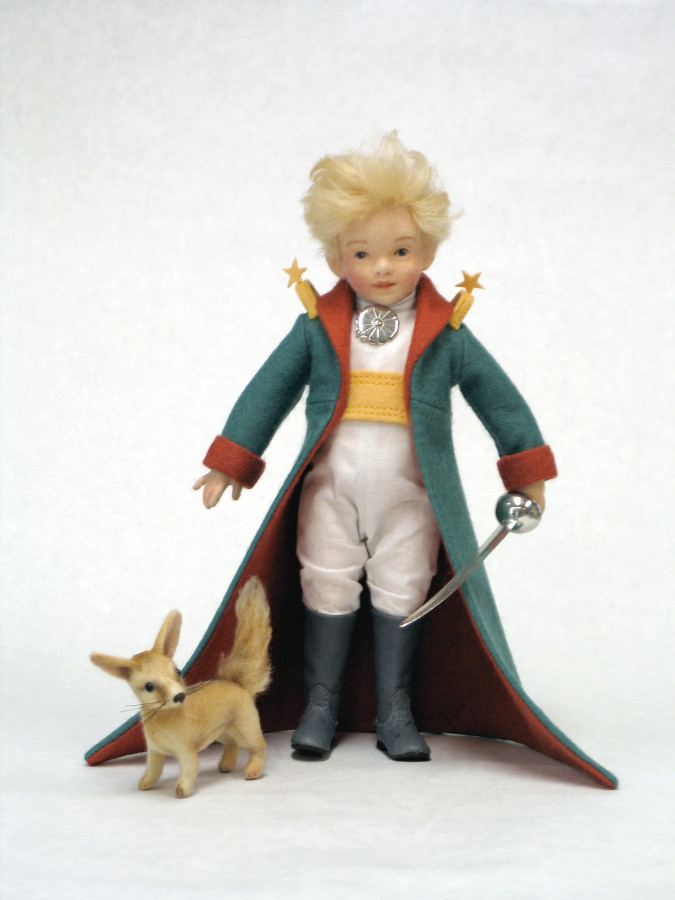 Le Petit Prince is outfitted in the iconic costume depicted by Saint-Exupery of a belted jumpsuit and a flowing greatcoat tailored of the finest custom-dyed all-wool felt with tiny star epaulettes. He wears a custom-made decorative pewter medallion at his throat and fine hand-cobbled leather boots. In one hand, the Le Petit Prince holds his very own custom-made sword of the finest polished pewter.

The story’s essence is contained in the lines uttered by the Fox to the Little Prince:

[« One sees clearly only with the heart. What is essential is invisible to the eye. »]

A miniature version of the Fox has also been created to accompany the Le Petit Prince doll.  Standing a mere 2 ½ inches tall, the famed Desert Fox is made entirely of all-wool felt with delicate shading, embroidered features, glass eyes, and a tail made of alpaca plush. His neck is jointed to allow playful posing. 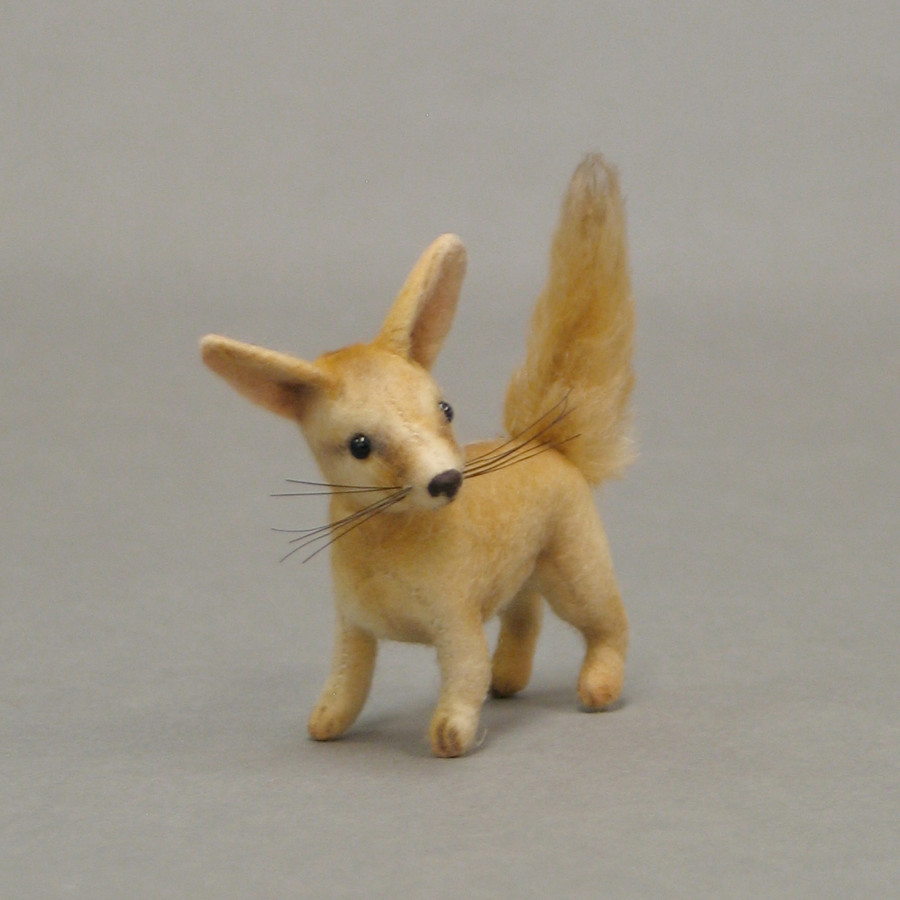