The new Little Prince comics books have been announced !

The Little Prince and the Planet of the Bubble Gob. 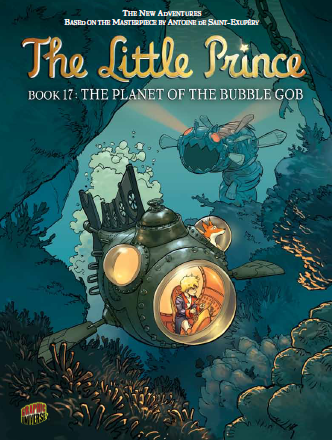 When the Little Prince reaches this planet, the whole ocean is covered with items discarded by the Creatall. This causes the water level to rise daily, threatening the Creatall’s fragile homes. The Little Prince realises that the problem is the Bubble Gob, an underwater mechanical creature, supposed to destroy the rubbish and clean the ocean. However, this amazing invention is faulty and is growing ever bigger. It has grown so big that its slightest movement causes the ocean level to rise dangerously.

The Little Prince and the Planet of Time. 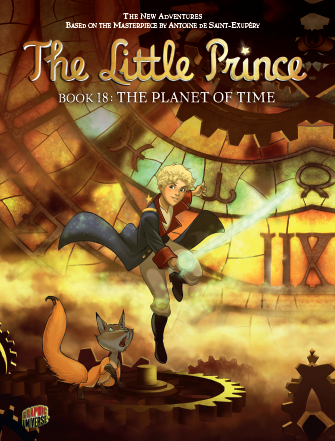 When the Little Prince sets foot on this planet, it is all out of synch. In one village, time has stopped, in another, on the contrary, it has sped up. In short, time is awry. Little Prince’s investigation leads him to the Great Timekeeper, who has devoted his whole life to setting the planet’s clocks. But as he grew older, he had trouble dealing with the idea that soon, he would have to retire and let someone else do his job. So he decided to use his position to travel back in time and to turn into a « baby », free of responsibility. Except that his journey into the past has had dire side effects: all the planet’s clocks have gone haywire