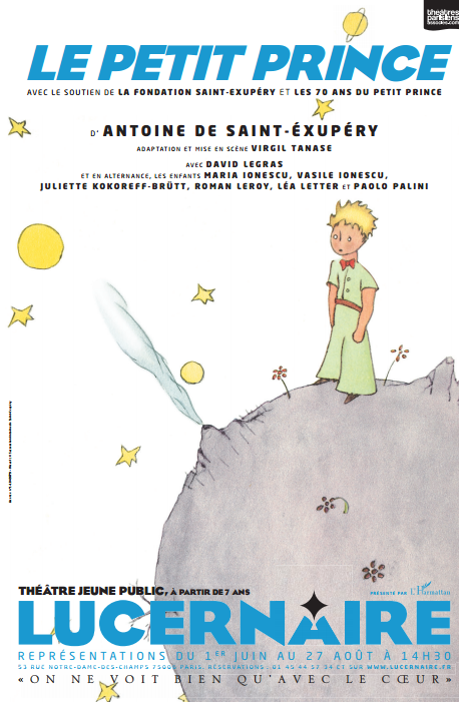 After hundreds of performances in Paris, in France and abroad, including Moscow, Casablanca, Geneva and Dubai, The Little Prince returns to Paris at the Théâtre Le Lucernaire, National Center of Art and test, 53 rue -Dame-des-Champs.

Adapted and directed by Virgil Tanase, author of the biography of Saint-Exupéry published in the Folio Editions Gallimard and the chapter on the myth of La Belle histoire du Petit Prince, published in the same edition, the show, that the press calls « poetic » and « exciting » is addressed, as was the author, children’s reach parents. It welcomes the first by its magical side and moved to tears « big people » which he recalls that « the essential is invisible to the eye » and a rose is unique in the world because we love it.