The Little Prince is a masterpiece with an universal significance, and everybody reads it with a different perspective. How is the Little Prince perceived in Korea, Greece, Germany or Brazil ? In these countries, what forms can he take ? 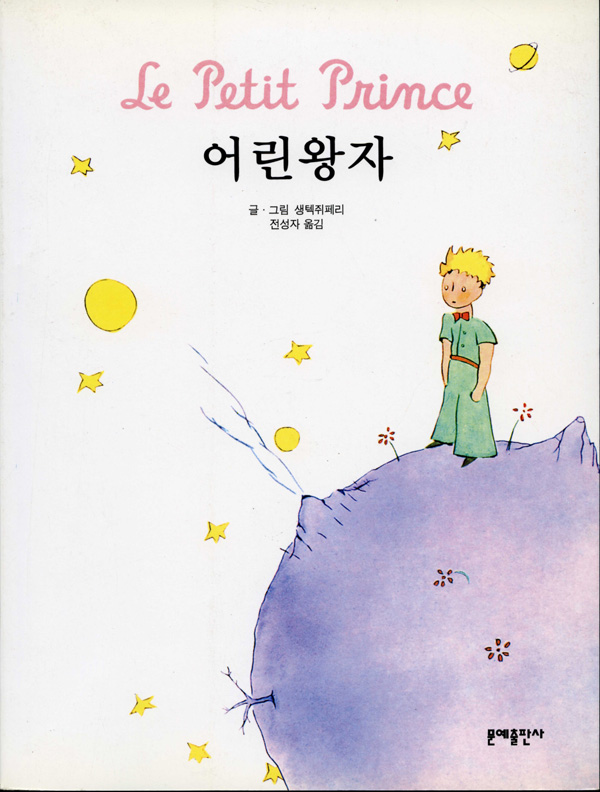 In Korea, the Little Prince’s series is aired on TV on a regular basis, gathering an average 15% of the 5 to 12 years old children.

The books and comics from the Little Prince series are also quite popular.These books are slightly stiffer than the other. They often come with stickers or promotional objects. About 20 books and 5 comics are available in Korean.

In Korea, the Little Prince has an exhibition, traveling into the whole country, meeting people in the big cities. The exhibition started in June.

There is also a contest, organized by the publisher Petit Samtoh and the newspaper Children’s Dong A (daily printrun : 400 000 copies). The students from the elementary schools were asked to send a short story about the Little Prince’s adventures. At the end of the contest, the winners will be given gold, silver or bronze medal. The contest’s promotion in the newspaper, the publisher’s catalog, on the web and in many booklets makes the Little Prince easily visible in Korea.