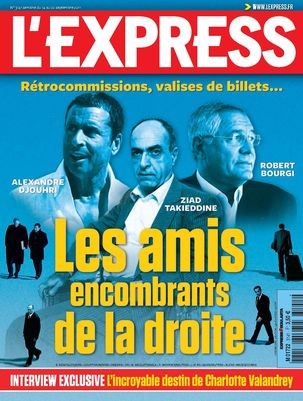 The appearance of the Little Prince on TV channel France 3 caught the attention of L’Express magazine, which, in addition to offering a free DVD of the series, devoted an entire article to the Little Prince including interviews with a number of well-known figures. Comic book artist Jul tells how he first encountered the Little Prince when he included him in his comic parodies (the Little Prince gets beaten up by Harry Potter and Titeuf…), and explains the fascination the Little Prince exerts as “nostalgia for childhood”.

Claudie Haigneré, President of Universcience and sponsor of the Antoine de Saint-Exupéry Youth Foundation, has met the Little Prince on a number of occasions. During her space flights, she enjoyed many a sunset. More surprisingly, the astronaut draws a parallel between the taming of the fox and the sciences, which she believes also need to be tamed.

Don’t miss the article; it proves, once again, that the Little Prince speaks to each of us, however differently. 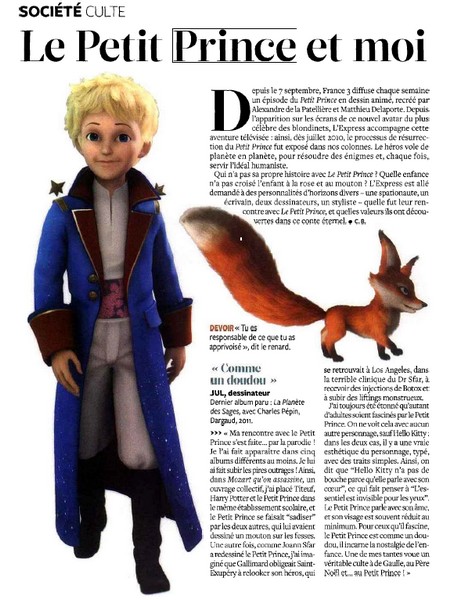