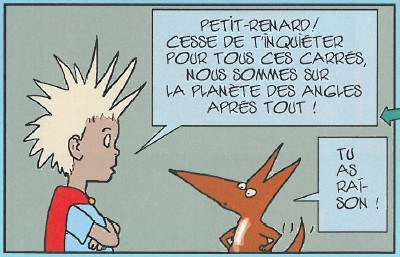 At the end of the Planet of the Wind, it is no less a name than Moebius who kicks off this pantheon of graphic tributes. Moebius likes to set many of his stories in space, and here he whisks us off to the Planet of Angles. And that’s all we’re saying! To help the time pass a little quicker, though, here is how Moebius has drawn the Little Prince.