The Little Prince has been voted one of the Top 10 International Brand in China. 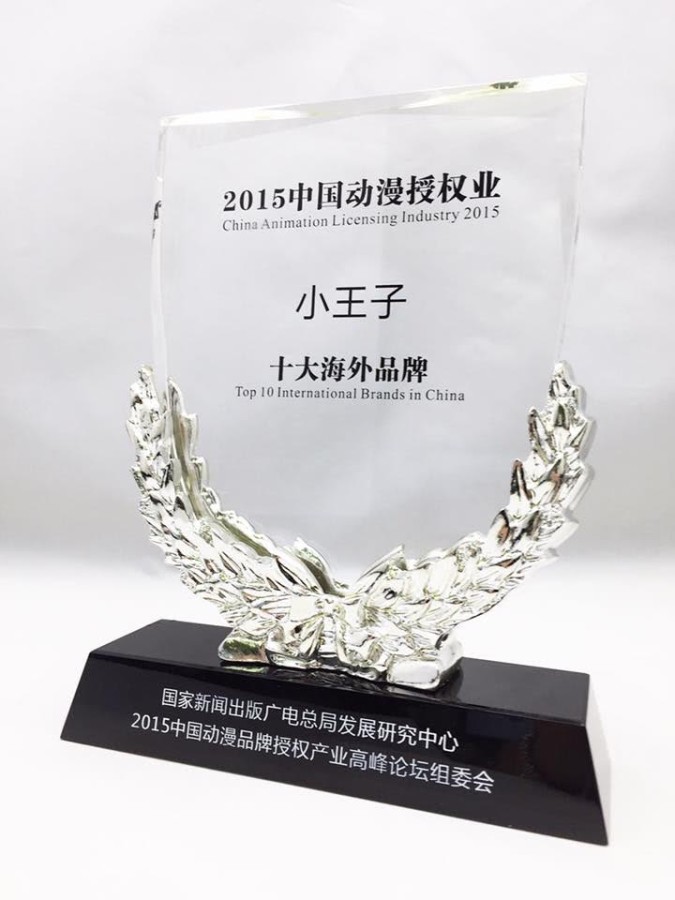 The Little Character by Antoine de Saint-Exupéry was already really popular in Japan and Korea  (dedicated parks, a hundred of different editions, and a lot of products). Today, his growing popularity is even stronger with this reward.

the local agent Medialink under the coordination of NDRL 360° IP managment French agency for the Saint Exupery Estate representing the Little Prince, is glad to receive this award as a great recognition and encouragement for his marketing and promotion efforts. To make the Little Prince brand alive in the daily life, to allow the next generations to discover the character and the work of art, it’s sharing an inheritance of humanist values.

About the Little Prince

Worldwide phenomenon since 1943, The Little Prince sold over 150 million copies in the world. It’s the most translated book with more than 260 official translations. There are more than 400 million Little Prince readers !

The movie, by Mark Osborne, is released worldwide this year.

The Little Prince is a book we offer, we share, we pass from one generation to another. It carries all the most important values. It creates a bond between men. The Little Prince is an ambassador for French culture & language in the world, an icon of sustained development, an actor for world peace and an advocate for children protection.