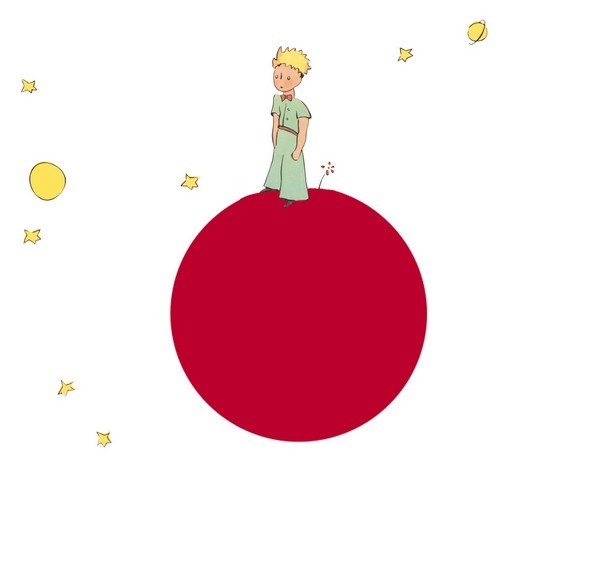 Friends of the Little Prince, we have received a letter from a friend in Japan. His name is Hiroshi Mino, and he has translated The Little Prince into Japanese and written a number of books on the meaning of the story. In response to our message of support for Japan, Hiroshi Mino sends us a message of friendship and humanity. Through the Little Prince, the writer expresses his feelings about the catastrophe that has befallen his country:

“Thank you for your message of encouragement.
We have made the Little Prince weep. The disaster is overwhelming in its unprecedented scale, even to the Japanese who are to some extent accustomed to the natural disasters that have repeatedly fallen upon our archipelago over many long years. This time, however, the nuclear fire to which humankind has given birth and which we find so difficult to master has made the situation even more difficult. The author of the Little Prince never knew of the atomic bombs that exploded over two Japanese cities in 1945. Yet two years earlier, in the book that is his testament, he wrote: “It so happens there were some terrible seeds on the Little Prince’s planet… they were baobab seeds. The soil of the planet was infested with them.” We hope our archipelago and our planet will not be contaminated by radioactivity. We can only repeat the words of the story: “Beware of baobabs!”

Words of wisdom, from which we can learn ourselves. Let us not turn our eyes, or our hearts, away from Japan.