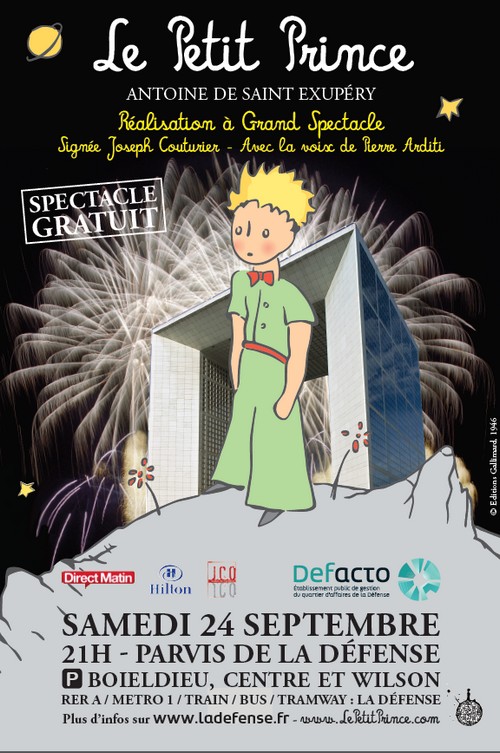 The summer holidays are coming to an end, but there’s still something to smile about: on 24 September, the Grande Arche de la Défense will be the backdrop for a son et lumière show directed by Joseph Couturier.

The show was first staged in 2000, to mark the 100th anniversary of Antoine de Saint-Exupéry’s birth. Now it’s back, in a new production. The Little Prince and his planets are brought to life with pyrotechnics and video and laser technology. French actor Pierre Arditi provides the narration for this spectacular event. 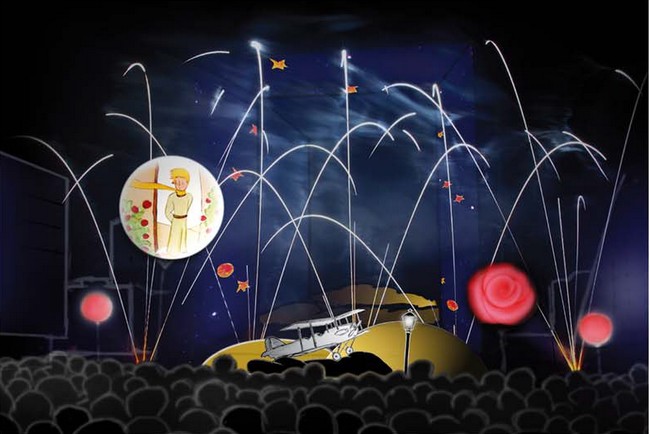