The Little Prince is now available in Aurebesh, the language of Star Wars. 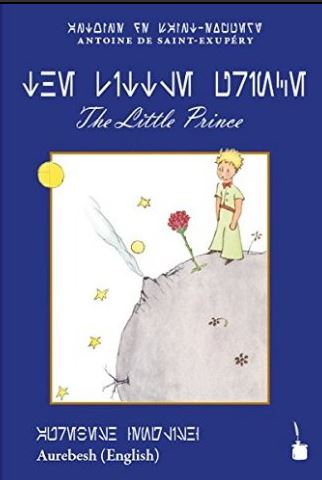 Jean-Michel Guivarc’h, a French translator who has translated the Little Prince in several rare languages,  had this idea of a Little Prince from the stars ! This new translation was published in Germany (300 copies) and is now available on Amazon and in two bookstores in Lampaul-Guimiliau (France). Jean-Michel Guivarc’h, which has 275 different editions of his favorite work, was pleased  to « make a contribution » Now his name as well as a dedication to his family appear in the book.